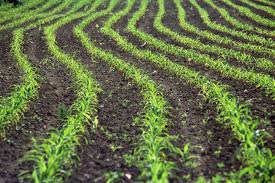 Last year I decided to cut up a book called ‘Misunderstood’ by Florence Montgomery. I then rearranged pieces of it in a set of ten poems (artwork, really) that spoke to my situation at the time.

Robin Cracknell is a photographer and writer living in London, UK. His work has been widely published and exhibited including, notably, Eyemazing Magazine, The Michael Hoppen Gallery in London and a solo show at Sous Les Etoiles in New York. A selection of his notebooks is featured in the acclaimed 2014 Thames and Hudson publication, ‘Photographers’ Sketchbooks’ with further work from his ‘Childhood’ series in Thames and Hudson’s ‘Family Photography Now’ published in 2016.

Robin Cracknell’s work is in various private collections internationally as well as The National Portrait Gallery in London, The Victoria and Albert Museum, and the Fundacion Privada Sorigue, a museum of contemporary art in Lleida, Spain.