I was in my second trimester, carrying my first child. We called the fetus ‘Thumper.’ Sex undetermined for I was pregnant before the perfection of ultrasound screening. Imagining this little being in me, twisting and twirling, pushing out and pressing down, I’d talk to her/him, play classical music AND rock, and exercised for both of us. By the beginning of the last trimester, I’d enrolled in a sculpture class. Feather rock looked like a manageable  medium. A roly-poly happy baby emerged as I chiseled and rasped away at the tufa-like stone. Although our daughter lives more than 1000 miles from us today, the sculpture remains with my husband and me.

Susan Bass Marcus is a native Chicagoan who makes her home in the city’s South Loop. In 2015, she published her fantasy novel Malevir: Dragons Return. Her stories have been published in After Hours Magazine (print), Bewildering Stories (bewilderingstories.com), Horrorseek (http://www.horrorseek.com/home/horror/darkfire/ficarch.html), and Fictitious ( http://www.fictitiousthejournal.org/). This is her second featured post on Recycled. Her first can be found here.

The villanelle is a poetic form with its origins in Italian rustic song (‘villanelle’ deriving from the Italian word ‘villano,’ which means ‘peasant,’ or, perhaps, from ‘villa,’ Latin for ‘farm’). Speculation locates it in a tradition of ‘round’ songs (remember those from kindergarten?) sung to accompany the repeated rituals of agriculture: sowing and reaping.

It evolved into its present form in the 16th century, in French poetry. Throughout history and up to the present day, poets have been smitten with the villanelle, ensuring its ongoing evolution even as it resonates with echoes of the past.

Its structure is as follows: 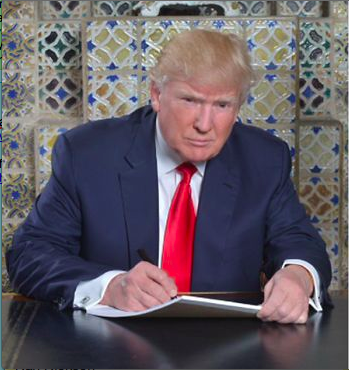 I’ve done nothing wrong, you know
Russia, kickbacks, it’s all lies
I hope that you can let this go.

The fake news witch hunt, on it goes
Sad! Their whos and whats and whys
I’ve done nothing wrong, you know

There’s a high road, there’s a low
Drain the swamp and scrape the skies
I hope that you can let this go

Walls and tariffs, jobs and dough
You’ll tire of winning, all you guys
I hope that you can let this go

Believe me, time will tell and show
Great Again, Tremendous Size
I’ve done nothing wrong, you know
I hope that you can let this go

This sculpture depicts five aspects of Woman’s self/life: Birth on the bottom, the beginning for us all, a Maiden from the view of her back, a hugely pregnant me viewed on her left side, a Mother pulling her babe to the breast on the face (shown) side, and the crone as viewed on her right side.

This one was carved in 1995, when Benjamin was just a babe, out of soapstone. I was working on the piece the morning of April 19, 1995, when it fell to my kitchen floor and broke into pieces. I was devastated. I learned on the radio later that morning that at 9:02 AM, a truck had exploded in the street in front of the Alfred P. Murrah federal building. About 90 minutes later, Timothy McVeigh was stopped by an Oklahoma state trooper for driving a vehicle without a license plate… This is one of those things that make me believe in God. When I put it together that my goddess sculpture had broken so close to the time (if not at the same time) of this huge disruption in our nation’s psyche, I knew I had to heal her. So I found a way to use the dust from her making to glue the pieces back together, and she appeared almost perfect. Now that she has aged–sat outside in the dirt, been soaked in the rain, and been transported from state to state with Benjamin and me, you can begin to see her cracks.

I love this sculpture. I have short hair in it as I did for Benjamin’s birth, and it is just the right size to hold in your lap and turn around to see all the sides.

Nan Nickson’s mission statement: ‘Running Rooster Farm is a live, organic, performance art project where I try to grow my own food wherever I am at.’

Kimmy Alan is a wannabe poet from the land of Lake Woebegone. A retired steel worker who was diagnosed with stage 4 cancer, Kimmy Alan pursued his love of poetry as a distraction while undergoing chemo and radiation. For him, poetry has proven to be a powerful catharsis, as he is currently in remission. When he isn’t writing he spends time with his four wonderful nieces, whom he says “are driving him to pieces.”

Puppet artist, fiction writer, and former museum professional Susan Bass Marcus has made more than 100 puppets, most for performance. She incorporates found material, she says, because ‘paint, canvas, and other art supplies cost a lot. Besides, it’s more fun to re-purpose stuff.’

Like an alchemist, or a magical character in a fairy tale, Ms. Marcus makes gold from straw, jewels from stones, treasures from trash. She recycles.

Susan Bass Marcus is a native Chicagoan who makes her home in the city’s South Loop. In 2015, she published her fantasy novel Malevir: Dragons Return. Her stories have been published in After Hours Magazine (print), Bewildering Stories (bewilderingstories.com), Horrorseek (http://www.horrorseek.com/home/horror/darkfire/ficarch.html), and Fictitious ( http://www.fictitiousthejournal.org/).