Artist Recycles Old Hubcaps Into Stunning Animal Sculptures More info: hubcapcreature / Facebook Those car enthusiasts out there are always looking for a way to integrate their love of everything automobile related into art, so for those who have been wracking their brains trying to figure out a way to put more car-themed decorations into […] 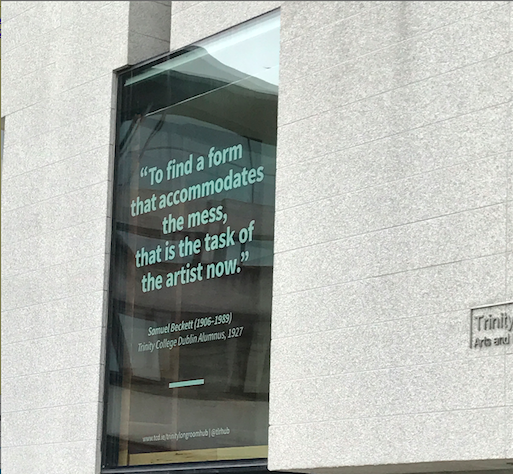 Meredith Brown proposes a repurposing of monument pedestals with her photo ‘The Future’:

Meredith Brown writes:  Max is my first and only child. He’s 18 months old. I’ve been a Baltimore City School teacher for 14 years. I’ve been taking pictures for 7 years and started at the local animal shelter photographing adoptable animals. My husband Kevyn and I own The Dog Chef Cafe in historic Mount Vernon in Baltimore, MD. https://www.thedogchef.com/

Thai Artist Carves Meticulously Detailed Carvings Out of Soap Instagram A very long tradition is being carried by Thai artist Narong together with his complex carved soaps. Finely carving out complicated patterns in the medium that is soft, he’s able to attain designs that are incredibly complex. Soap carving has a long tradition in Thailand, […]

Gray’s Anatomy meets an embroidery habit originating in childhood; commissioned by my mother as a gift to a friend who’d recently had heart surgery 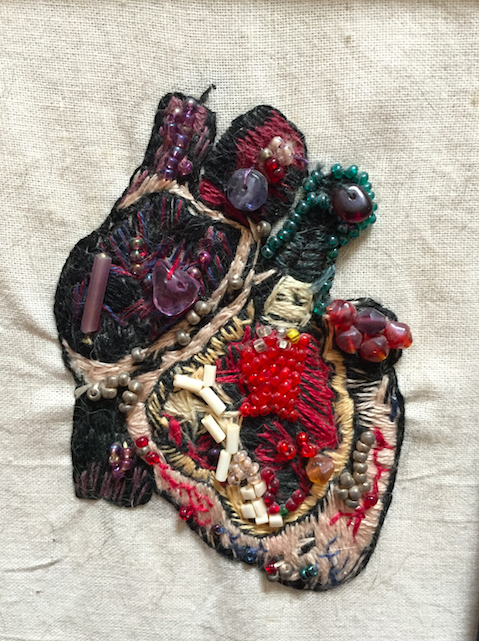 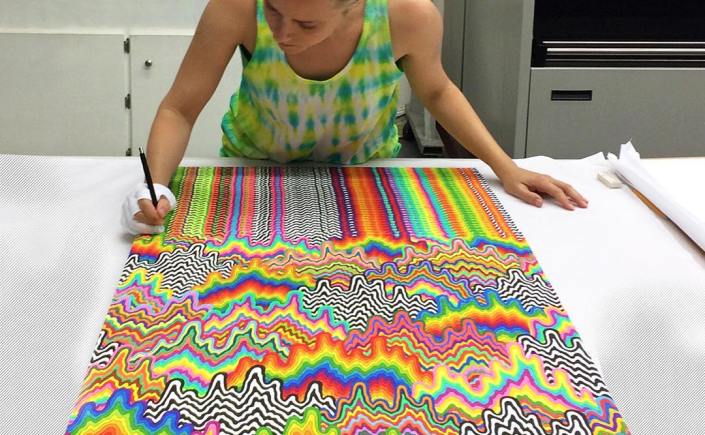 The Colorfully Psychedelic Art of Jen Stark Paper is a cheap and accessible medium that can produce beautiful results. However, it requires meticulous skill to expertly maneuver and manipulate the fragile material. Luckily, artist Jen Stark possesses the ability to utilize the medium, reveal new ways of viewing its construction, and expose its beauty. We’ve […]

I was in my second trimester, carrying my first child. We called the fetus ‘Thumper.’ Sex undetermined for I was pregnant before the perfection of ultrasound screening. Imagining this little being in me, twisting and twirling, pushing out and pressing down, I’d talk to her/him, play classical music AND rock, and exercised for both of us. By the beginning of the last trimester, I’d enrolled in a sculpture class. Feather rock looked like a manageable  medium. A roly-poly happy baby emerged as I chiseled and rasped away at the tufa-like stone. Although our daughter lives more than 1000 miles from us today, the sculpture remains with my husband and me.

Susan Bass Marcus is a native Chicagoan who makes her home in the city’s South Loop. In 2015, she published her fantasy novel Malevir: Dragons Return. Her stories have been published in After Hours Magazine (print), Bewildering Stories (bewilderingstories.com), Horrorseek (http://www.horrorseek.com/home/horror/darkfire/ficarch.html), and Fictitious ( http://www.fictitiousthejournal.org/). This is her second featured post on Recycled. Her first can be found here.

This sculpture depicts five aspects of Woman’s self/life: Birth on the bottom, the beginning for us all, a Maiden from the view of her back, a hugely pregnant me viewed on her left side, a Mother pulling her babe to the breast on the face (shown) side, and the crone as viewed on her right side.

This one was carved in 1995, when Benjamin was just a babe, out of soapstone. I was working on the piece the morning of April 19, 1995, when it fell to my kitchen floor and broke into pieces. I was devastated. I learned on the radio later that morning that at 9:02 AM, a truck had exploded in the street in front of the Alfred P. Murrah federal building. About 90 minutes later, Timothy McVeigh was stopped by an Oklahoma state trooper for driving a vehicle without a license plate… This is one of those things that make me believe in God. When I put it together that my goddess sculpture had broken so close to the time (if not at the same time) of this huge disruption in our nation’s psyche, I knew I had to heal her. So I found a way to use the dust from her making to glue the pieces back together, and she appeared almost perfect. Now that she has aged–sat outside in the dirt, been soaked in the rain, and been transported from state to state with Benjamin and me, you can begin to see her cracks.

I love this sculpture. I have short hair in it as I did for Benjamin’s birth, and it is just the right size to hold in your lap and turn around to see all the sides.

Nan Nickson’s mission statement: ‘Running Rooster Farm is a live, organic, performance art project where I try to grow my own food wherever I am at.’